Category by- Healthcare , No. of Pages - 250, Published By - Ameco Research 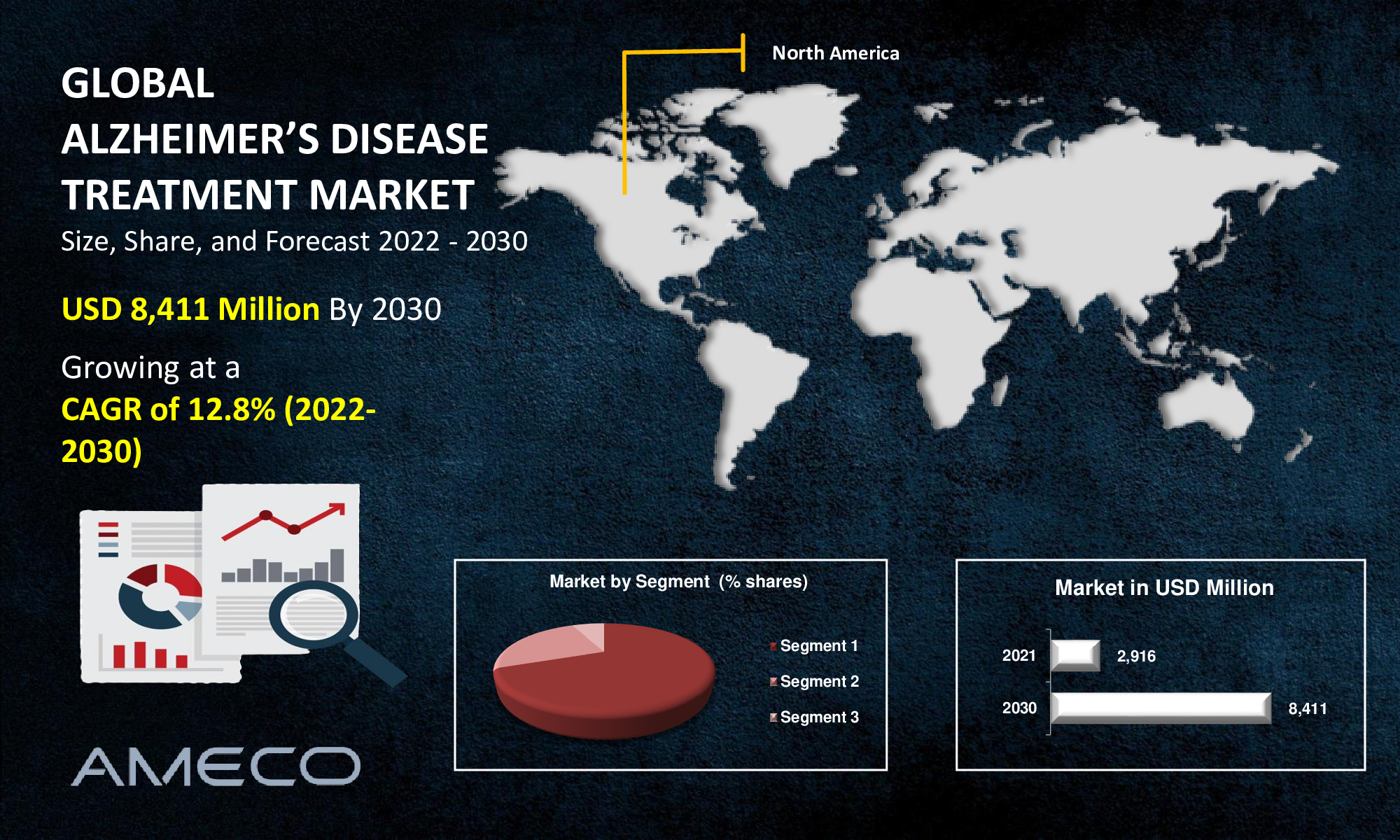 Alzheimer's disease is a form of dementia that impairs thinking, behavior, and memory. Eventually, symptoms become severe enough to obstruct daily activities. The Alzheimer's Association estimates that 60 to 80 percent of dementia cases are caused by Alzheimer's disease. The disease is typically diagnosed in patients over the age of 65. Alzheimer's disease is typically described as having an "early onset" or "younger onset" if it is discovered earlier. Typically, the learning-related area of the brain is where Alzheimer's changes first manifest. Insidious confusion about events, time, and place; unfounded suspicions about friends, family, and professional caretakers; more severe memory loss and behavioral changes; and difficulty swallowing, speaking, and walking are just a few of the symptoms that become more severe as Alzheimer's spreads through the brain.

The three categories of the global alzheimer’s disease treatment market are drug class, distribution channel, and region. The segmentation based on the drug class includes cell AChE inhibitors, cholinergic, combined drug, immunoglobulins, and memantine. Among them, cholinergic drug class is expected to lead the market with majority of the share. Cholinesterase inhibitors are one of the few drug therapies that have been clinically effective in the treatment of Alzheimer's disease dementia, validating the cholinergic system as a key therapeutic target in the disease. They improve the availability of acetylcholine at synapses in the brain.

Retail pharmacy, hospital pharmacy, and online sales are among the distribution channel segments included in the segmentation. Hospital pharmacy will record a significant market share in 2021 and is likely to continue its dominance throughout the forecast timeframe from 2022 to 2030. However, online sales is anticipated to witness a noteworthy growth rate in the coming years.

The North American, European, Latin American, Asian-Pacific, Middle Eastern, and African regions make up the five geographical segments of the global Alzheimer’s Disease Treatment market. Due to its early adoption of cutting-edge technologies, expanding research and development capabilities, growing awareness of the treatment and control of chronic diseases, and well-organized regulatory framework, North America dominates the market for Alzheimer's disease treatments. During the forecast period, Asia-Pacific is expected to experience significant growth and achieve the highest CAGR. This is a result of rising healthcare infrastructure development costs, an increasing geriatric population, increased public awareness of Alzheimer's disease, and an increase in research and development activities.