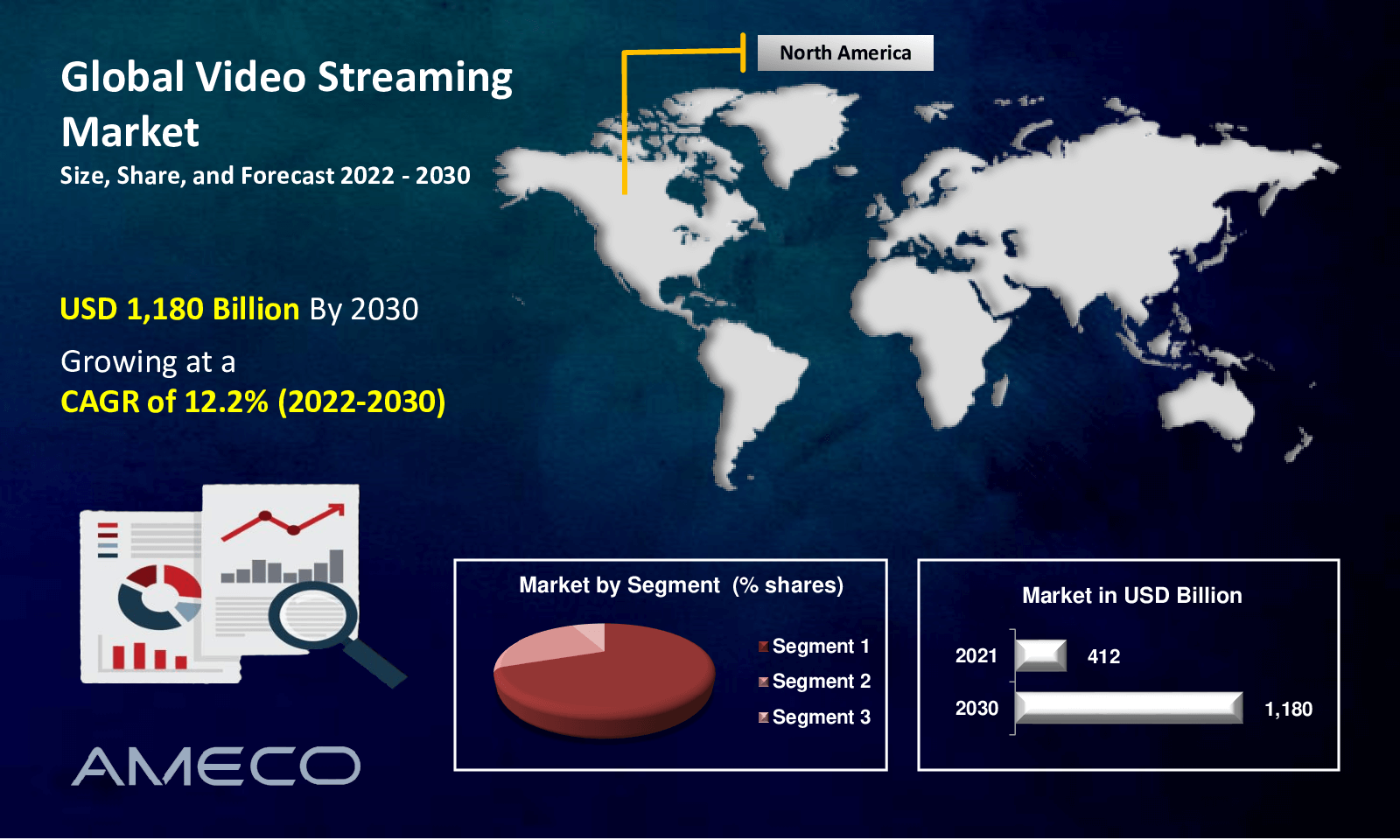 Video streaming is the act of watching a video content without having to download it using a browser or an application. In greater detail, video streaming is the consistent delivery of video files from the server to the user device in chunks, one after the other. When you watch a video on YouTube or Netflix, or when you attend a live event or an online meeting, you are engaging in video streaming. The video streaming methodology is not new; it has been around for decades. There has been industrial and academic research into the various methods of video streaming.

Video streaming is based on data streaming principles, in which all video file data is compressed and then sent small chunks to a requesting device. A compatible video player is typically required to connect with a remote server, which includes a pretaped or pre-stored file type or live feed. The server compresses the media file or data for transmission over the network or Internet using specific algorithms.

Online media consumption has skyrocketed in recent years. As the favorite medium for consuming online media, mobile devices have exceeded desktop computers. The smart phone business has increased at an exponential rate over the last five years. Mobile devices have surpassed all other digital devices as the preferred medium for consuming online media. In the last five years, the smartphone market is growing at an unprecedented rate. Smartphone usage is increasing all over the world. According to 2019 data, 2.71 billion people worldwide own a smartphone.

The rise of technological developments and the number of service providers in the industry pose a threat to the market's standalone streaming behemoths. For example, in July 2019, AT&T Intellectual Property debuted AT&T TV, a new streaming service that allows people to watch television online. Amazon.com, Inc. collaborated with Google in April 2018 to bring official YouTube apps to Amazon's Fire TV. These supplementary services for television as well as other media content are expected to pose a threat to the market's existing key players.

The solution segment is categorized into internet protocol TV, pay-TV, and over-the-top (OTT). Based on them, the over-the-top (OTT) segment achieved a significant market share during the forecasted years 2022 – 2030. The platform segment is further categorized into laptops & desktops, gaming consoles, smart TV, and Smartphones & Tablets. Among them, smartphones and tablets segment achieved a significant amount of market share in 2021. Subscription, rental, and advertising are the categorizations of the revenue segment. Furthermore, user is bifurcated into consumer and enterprise.

North America, Europe, Latin America, Asia-Pacific, and the Middle East and Africa comprise the global video streaming industry. The revenue size of the world video streaming market held by North America is the highest. The widespread advent of smart technology, such as cloud-based streaming platforms, is one of the major factors driving the growth of the worldwide video streaming market. In contrast, Asia Pacific is projected to have the quickest increasing CAGR in the years ahead. This is due to increased pay TV and OTT solution adoption, as well as improved network infrastructure, which presents a big potential for streaming video solution providers.